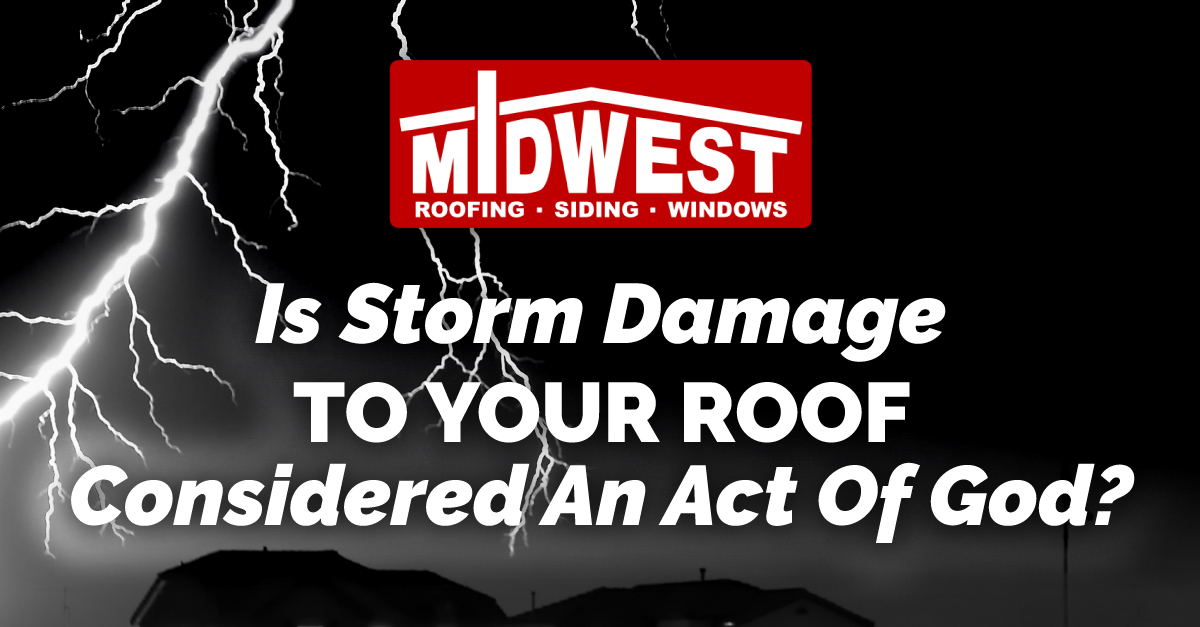 “Acts of God” refer to sudden, unexpected events which cannot be humanly controlled or protected against. With homeowner’s insurance, you are protected against certain acts of God, such as hail, wind, snow, and other adverse weather events. Damage caused by one of these could result in a full roof replacement, for example. However, some acts of God, such as flooding and earthquakes, require a special endorsement.

What Is an Act of God?

In the insurance realm, an act of God refers to any incident which occurs beyond human control and cannot be prevented or predicted. The term is almost analogous to a natural disaster. Events like earthquakes, floods, and severe weather are all considered acts of God. However, the root cause of the damage must be considered to determine whether an event is an act of God. For example, a fire caused by faulty wiring is not considered an act of God, but if a lightning strike causes it, it becomes an act of God.

A typical insurance policy does not use the phrase “Act of God” but only describes specific events. Different types of insurance also cover acts of God differently.

The relationship between homeowner’s insurance and Acts of God is often complicated. Some acts of God are covered under a standard homeowner’s insurance, but others are excluded. Typically, any storm damage due to rain, wind, or hail is covered under a standard homeowner’s policy. But damage due to floods, earthquakes, and volcanoes are generally not covered. Be sure to read through your policy’s fine print to understand what acts of God are covered and which ones are excluded.

The type of homeowner’s insurance policy you carry can also affect what types of perils are covered. The most common type of homeowner’s insurance policy known as HO-3 covers your home’s structure for all hazards except for incidents specifically excluded. However, a more limited policy such as HO-2 or HO-1 covers the perils specifically listed in your policy document and nothing else.

Some acts of God are covered in all homeowner’s policy types, including hail, wind, and lightning. Likewise, specific perils are excluded in all types of policies, such as floods and earthquakes.

In cases where your insurance policy covers you for natural disasters, your insurance company may look to other possible triggers of the damage to determine if you are eligible for reimbursement. For example, if a weak tree, which has been neglected for a long time, topples and damages your roof, your insurance claim might be denied.

If you have any questions about your roof damage, contact Midwest Roofing Siding & Windows in the Twin Cities. We have years of experience repairing and replacing roofs through insurance claims!